Posted January 6, 2014 by admin in Uncategorized 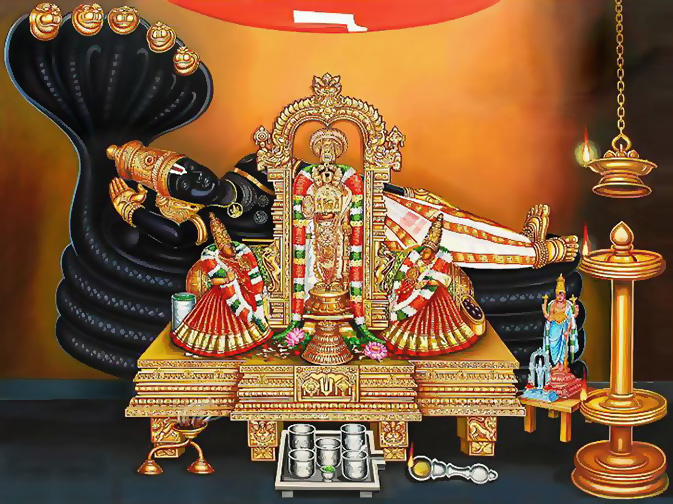 According the to Vishnu Purana, fasting on Vaikuntha Ekadashi is equivalent to fasting on the remaining 23 Ekadashis of the (Hindu) year.However according to Vaishnava tradition fasting is mandatory on all Ekadashi of both Shukla paksha and Krishna paksha. Fasting on Ekadashi is considered holier than any other religious observation.

Vishnu opened the gate of Vaikuntham (his abode) for two demons in spite of their being against him. They also asked for the boon that whoever listens to their story and sees the image of  Vishnu coming out of the door (called Dwar), called Vaikunth Dwar, will reach Vaikunth as well. Temples all over India make a door kind of structure on this day for devotees to walk through.

In the Mahabarata, Bhagavad Gita the conversation between Krishna and Arjuna at the beginning of Kurukshetra War is said to have occurred on this day.