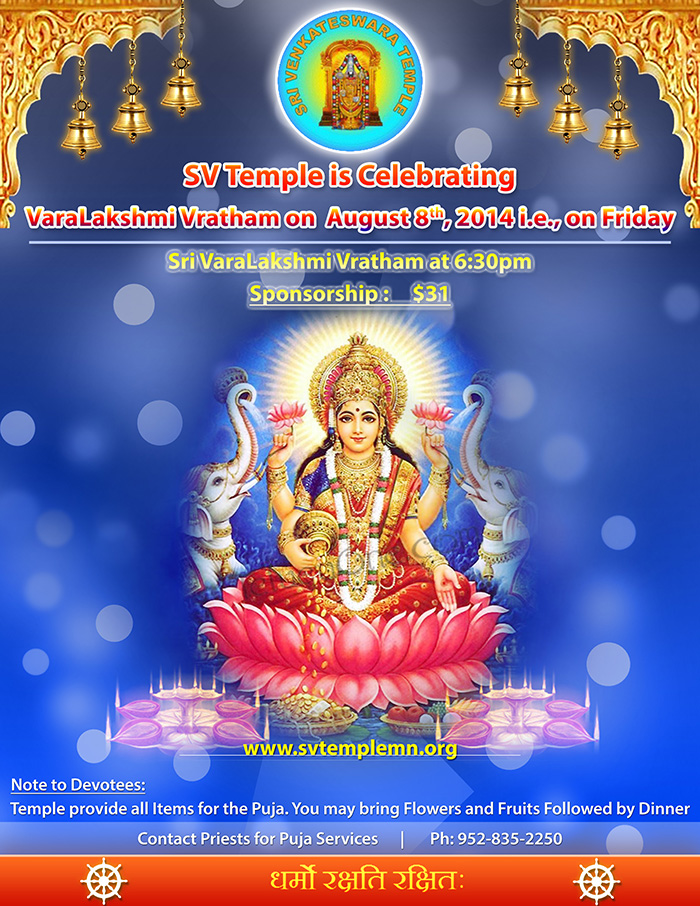 Varalakshmi Vratam is a festival to propitiate the goddess Lakshmi, the consort of Vishnu, one of the Hindu Trinity. Varalakshmi is one who grants boons (Varam). It is an important pooja performed by many women in the states of Andhra Pradesh, and Karnataka. The Hindu festival going by the name ‘Vara Lakshmi Vrata’ is celebrated on the Second Friday or the Friday before full moon day – Poornima in the month of Śravaṇā, also called Śawan in Hindi, which corresponds to the English months of July–August.

Varalakshmi Vratam is performed by married woman for the well being of all the family members, especially husband, to get progeny etc. It is believed that worshiping Goddess Varalakshmi on this day is equivalent to worshiping Ashtalaksmi – the eight goddesses of Wealth, Earth, Learning, Love, Fame, Peace, Pleasure, and Strength. Because of the popularity in some states of India, it is declared as an optional official holiday in India.