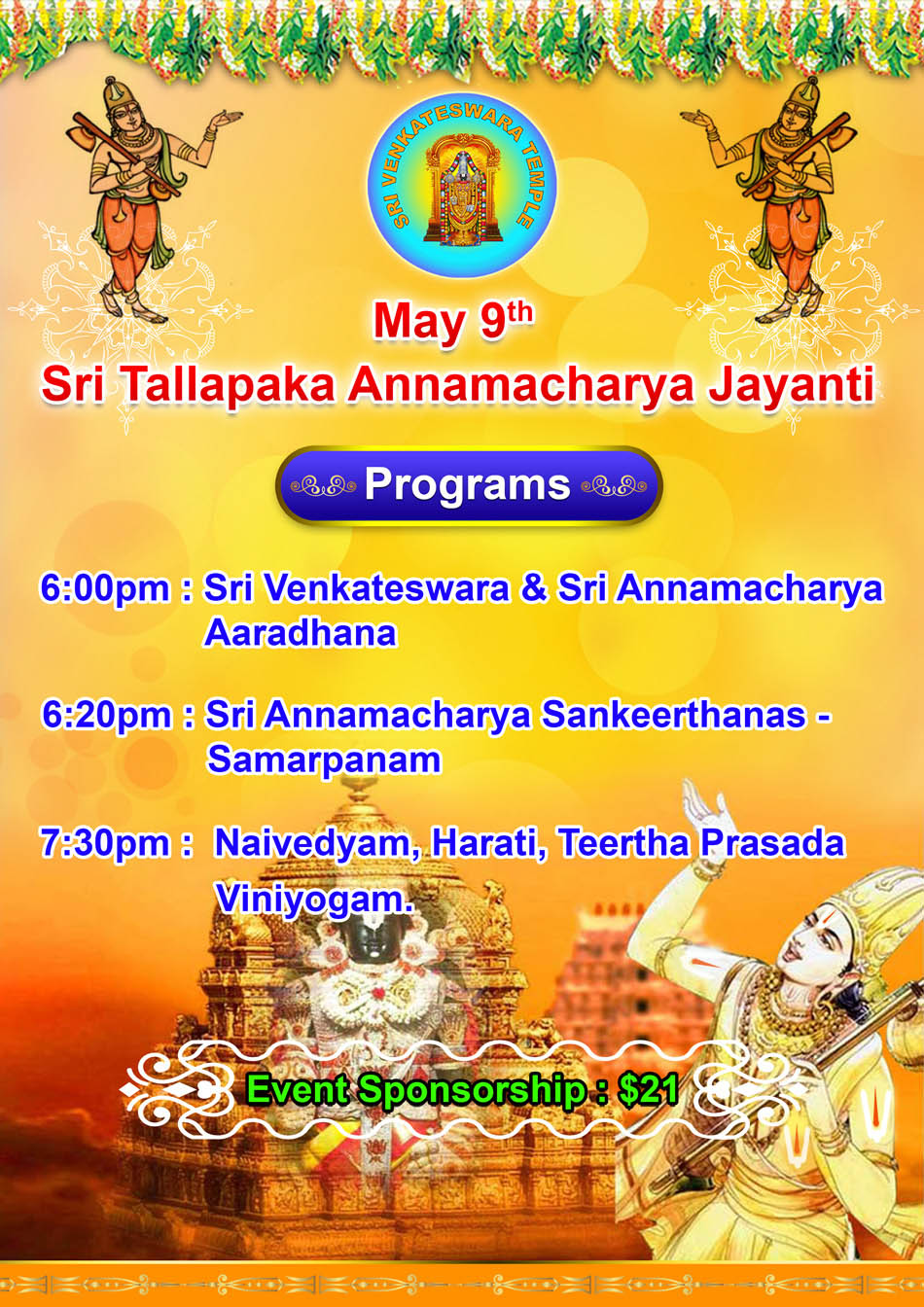 Taḷḷapāka Annamācārya (or Annamayya) (May 22, 1408 – February 14, 1503) was a 15th-century Hindu saint and is the earliest known Indian musician to compose songs called sankirtanas in praise of the god Venkateswara, a form of Vishnu.The musical form of the keertana songs that he composed, which are still popular among Carnatic music concert artists,have strongly influenced the structure of Carnatic music compositions.Annamacharya is remembered for his saintly life, and is honoured as a great devotee of Vishnu by devotees and saintly singers.

He is believed to have been the avatar of Nandaka, the sword of Vishnu. He is widely regarded as the Andhra Pada kavitā Pitāmaha