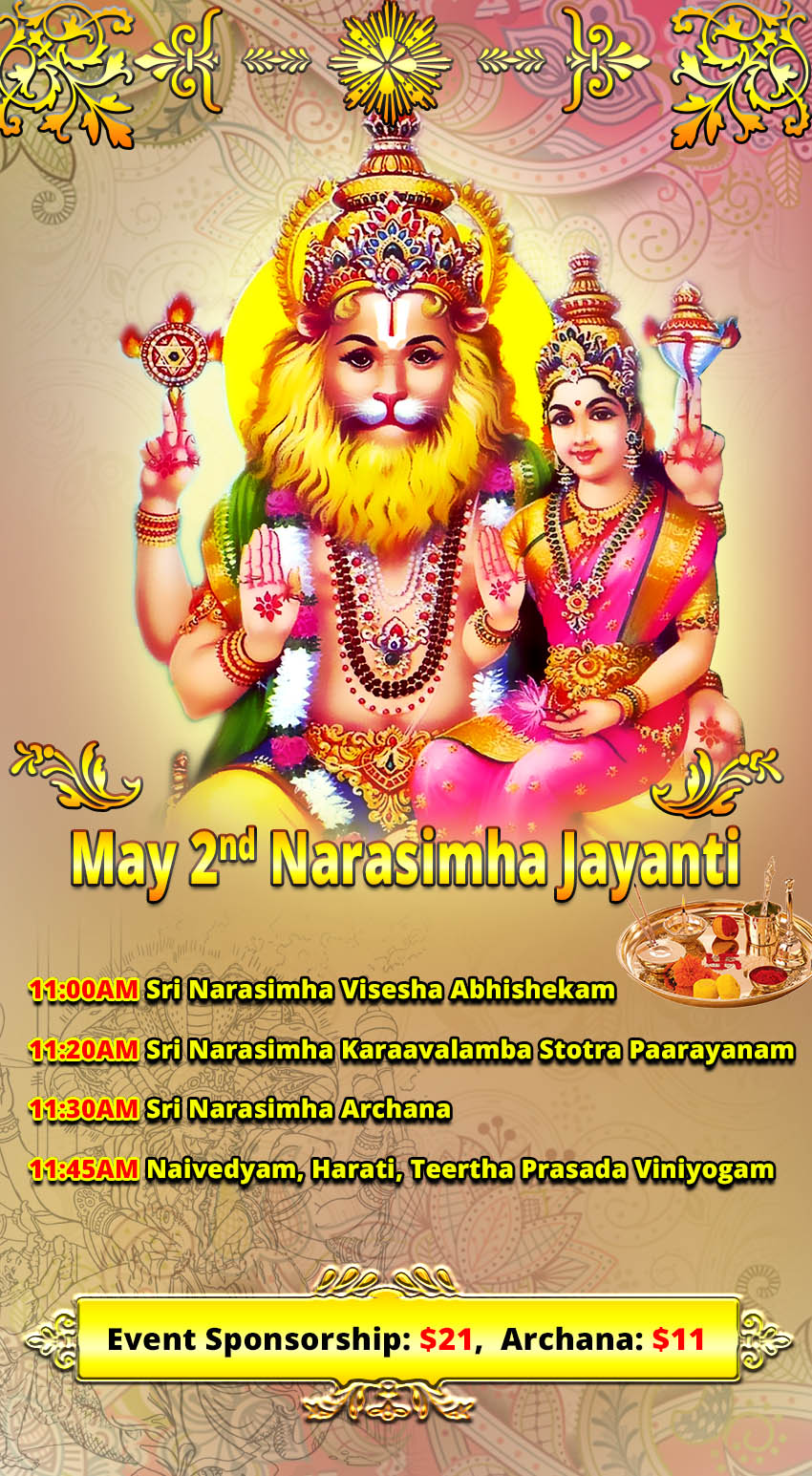 Narasimha, or Nrsimha, is the fourth incarnation of Lord Vishnu and is popularly known as ‘man-lion’ or ‘half man – half lion’ incarnation. In 2015, the date of Narasimha Jayanthi is May 2. The main aim of the Narasimha incarnation was to end the tyranny of Hiranyakashipu and restore the path of Dharma. Prahlada the young son of Hiranyakashipu and an ardent devotee of Lord Vishnu paved the way for the removal of Adharma.

Narasimha Jayanti is observed on the 14th day of the Shukla Paksha (waxing phase of moon) in Vaisakha month (April – May). It is believed that Lord Vishnu appeared in the form of Narasimha on the day to destroy demon Hiranyakashipu.