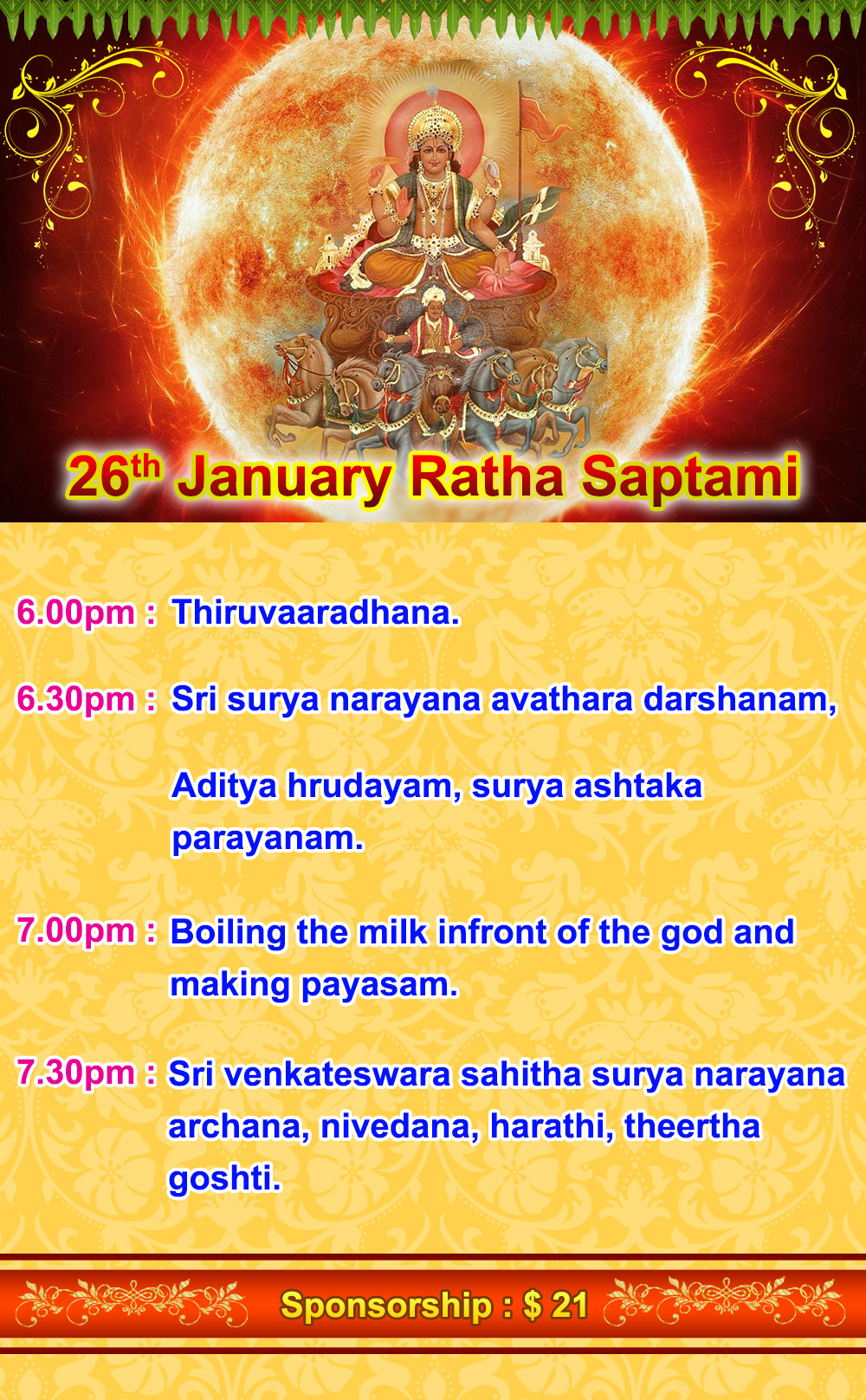 Ratha Saptami or Rathasapthami (Sanskrit: रथसप्तमी or Magha Saptami) is a Hindu festival that falls on the seventh day (Saptami) in the bright half (Shukla Paksha) of the Hindu month Maagha.It marks the seventh day following the Sun’s northerly movement (Uttarayana) of vernal equinox starting from Capricorn (Makara). It is symbolically represented in the form of the Sun God Surya turning his Ratha (Chariot) drawn by seven horses (representing seven colours) towards the northern hemisphere, in a north-easterly direction. It also marks the birth of Surya and hence celebrated as Surya Jayanti (the Sun-god’s birthday).