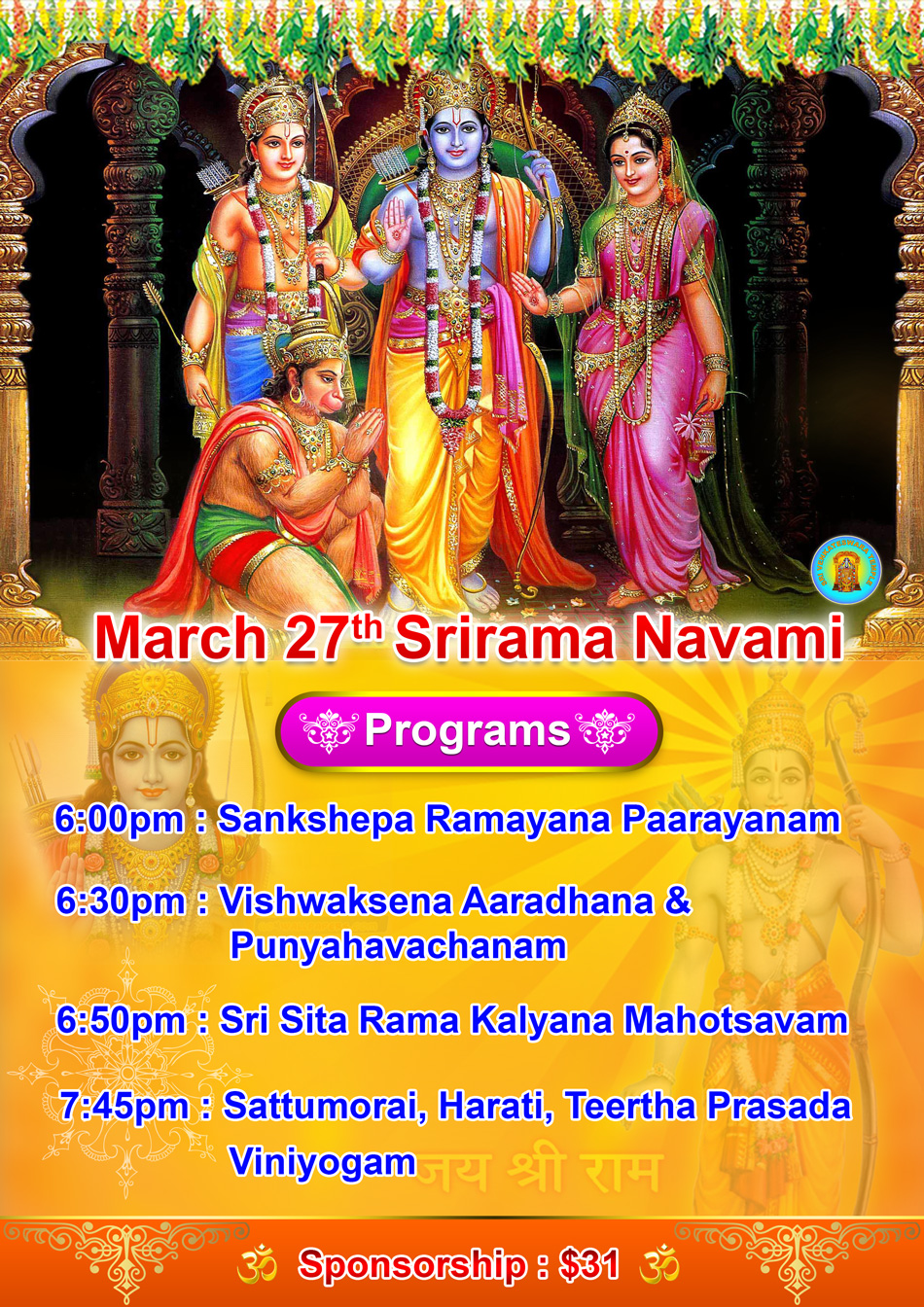 Rama Nawami (Devanāgarī: राम नवमी; IAST: Rāma navamī) is a Hindu festival, celebrating the birth of the god Rama to King Dasharatha and Queen Kausalya in Ayodhya. Rama, the 7th avatar of Vishnu, is the oldest known god having human form.The holy day falls in the Shukla Paksha on the Navami, the ninth day of the month of Chaitra in the Hindu calendar. Thus it is also known as Chaitra Masa Suklapaksha Navami, and marks the end of the nine-day Chaitra-Navaratri (Vasanta Navaratri) celebrations. Rama navami is one of the most important Hindu festivals.

At some places the festival lasts the whole nine days of the Navaratri, thus the period is called ‘Sri Rama Navaratra’.[5][6] It is marked by continuous recitals, Akhand Paath, mostly of the Ramacharitamanas, organized several days in advance to culminate on this day, with elaborate bhajan, kirtan and distribution of prasad after the puja and aarti. Images of the infant Rama are placed on cradles and rocked by devotees. Community meals are also organized.Since Rama is believed to have been born at noon, temples and family shrines are elaborately decorated and traditional prayers are chanted together by the family in the morning. Also, at temples, special havans are organized, along with Vedic chanting of mantras and offerings of fruits and flowers. Many followers mark this day by vrata (fasting) through the day followed by feasting in the evening, or at the culmination of celebrations.In South India, in Bhadrachalam the day is also celebrated as the wedding anniversary of Rama and his consort Sita. Sitarama Kalyanam, the ceremonial wedding ceremony of the divine couple is held at temples throughout the south region, with great fanfare and accompanied by group chanting of name of Rama.