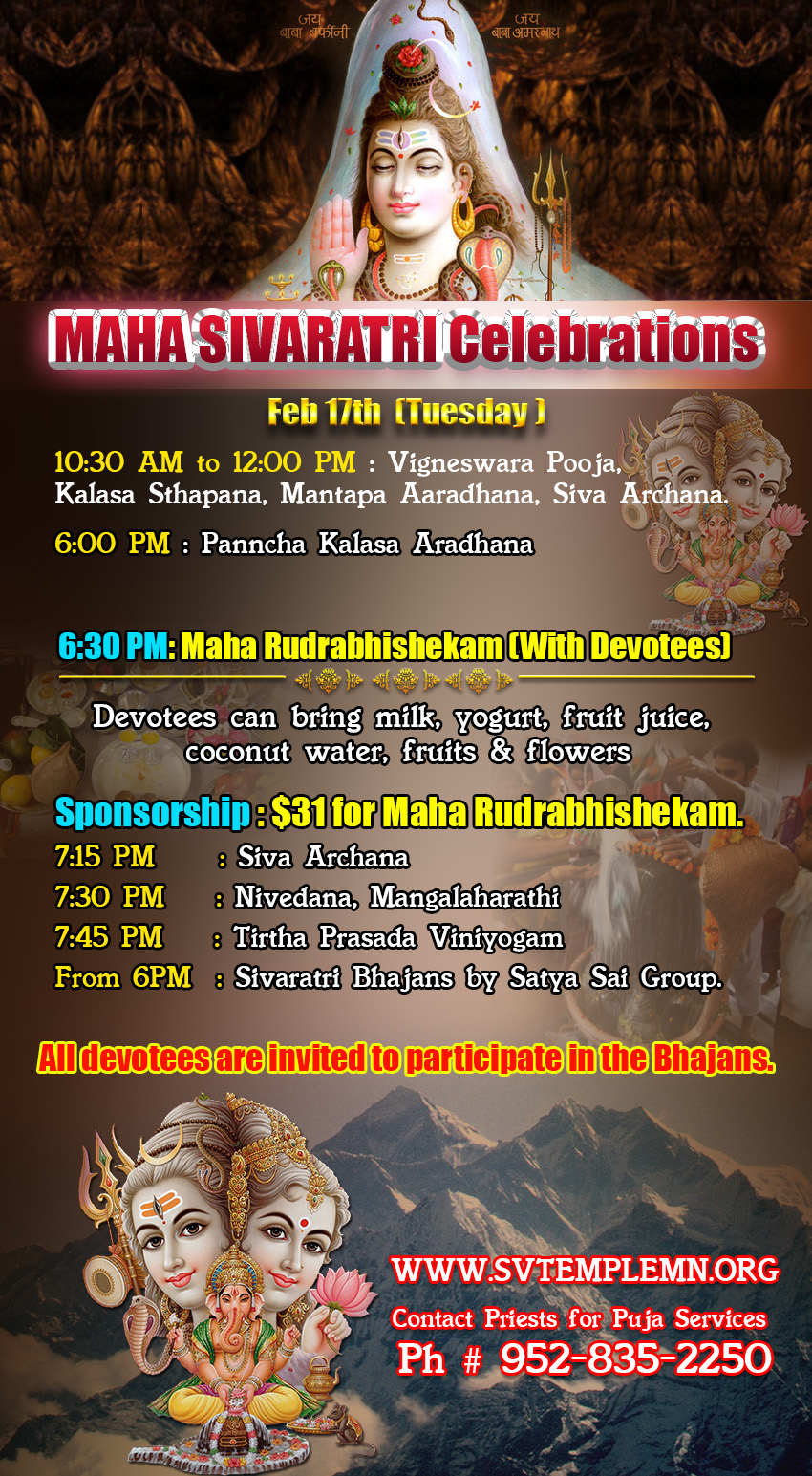 Maha Shivratri is a Hindu festival celebrated every year in reverence of Lord Shiva. It is the day Shiva was married to Parvati. The Maha Shivratri festival, also popularly known as ‘Shivratri’ or ‘Great Night of Lord Shiva’, is observed on the 13th night/14th day in the Krishna Paksha every year on the month of Falgun according to the Hindu calendar. Alternate common spellings include Sivaratri, Shivaratri, Sivarathri, and Shivarathri. It marks the convergence of Shiva and Shakti. Maha Shivratri is celebrated on the Krishna Paksha Chaturdashi of Hindu calendar month Maagha as per Amavasya-ant month calculation. As per Poornima-ant month calculation, the day is Krishna Paksha Chaturdashi of Hindu calendar month Phalguna which falls in February or March as per the Gregorian calendar. Of the twelve Shivaratris in the year, the Maha Shivarathri is the most holy.

The festival is principally celebrated by offerings of Bael or golden apple or Bilva/Vilvam leaves to Lord Shiva, all-day fasting and an all-night-(jagarana). All through the day, devotees chant “Om Namah Shivaya”, a sacred Panchakshara mantra dedicated to Lord Shiva. In accordance with scriptural and discipleship traditions, penances are performed in order to gain boons in the practice of Yoga and meditation, in order to reach life’s highest good steadily and swiftly. On this day, the planetary positions in the Northern hemisphere act as potent catalysts to help a person raise his or her spiritual energy more easily. The benefits of powerful ancient Sanskrit Mantras such as Maha Mrityunjaya Mantra increase greatly on this night.