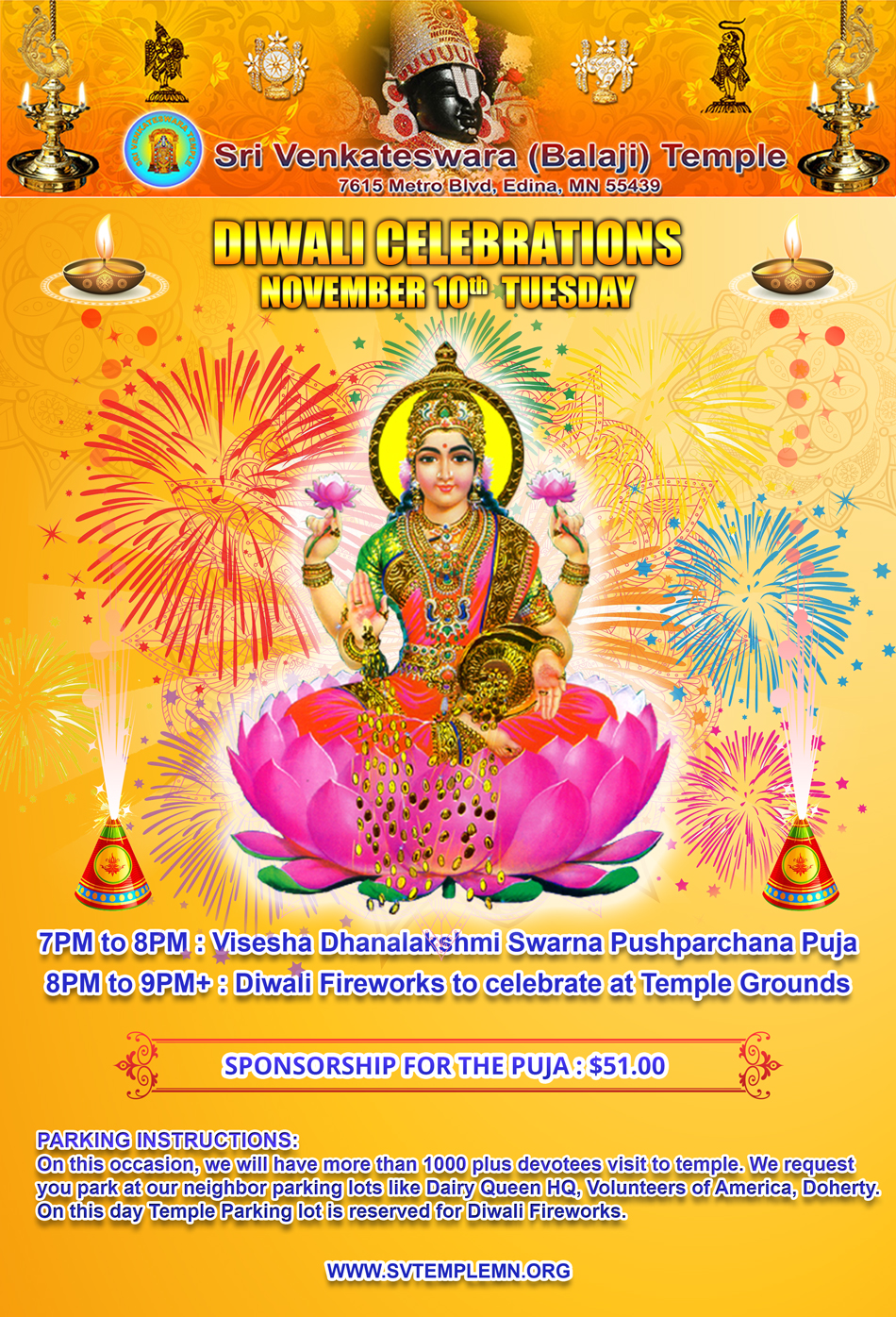 Diwali (or Deepavali, the “festival of lights”) is an ancient Hindu festival celebrated in autumn (northern hemisphere) every year. Diwali is the biggest and the brightest festival in India. The festival spiritually signifies the victory of light over darkness.The festival preparations and rituals typically extend over a five-day period, but the main festival night of Diwali coincides with the darkest, new moon night of the Hindu Lunisolar month Kartika. In the Gregorian calendar, Diwali falls between mid-October and mid-November.

Before Diwali night, people clean, renovate and decorate their homes and offices. On Diwali night, Hindus dress up in new clothes or their best outfit, light up diyas (lamps and candles) inside and outside their home, participate in family puja (prayers) typically to Lakshmi – the goddess of wealth and prosperity. After puja, fireworks follow,

then a family feast including mithai (sweets), and an exchange of gifts between family members and close friends. Diwali also marks a major shopping period in nations where it is celebrated.

Diwali is an important festival for Hindus. The name of festive days as well as the rituals of Diwali vary significantly among Hindus, based on the region of India. In many parts of India,the festivities start with Dhanteras, followed by Naraka Chaturdasi on second day, Diwali on the third day, Diwali Padva dedicated to wife–husband relationship on the fourth day, and festivities end with Bhau-beej dedicated to sister–brother bond on the fifth day. Dhanteras usually falls eighteen days after Dussehra.