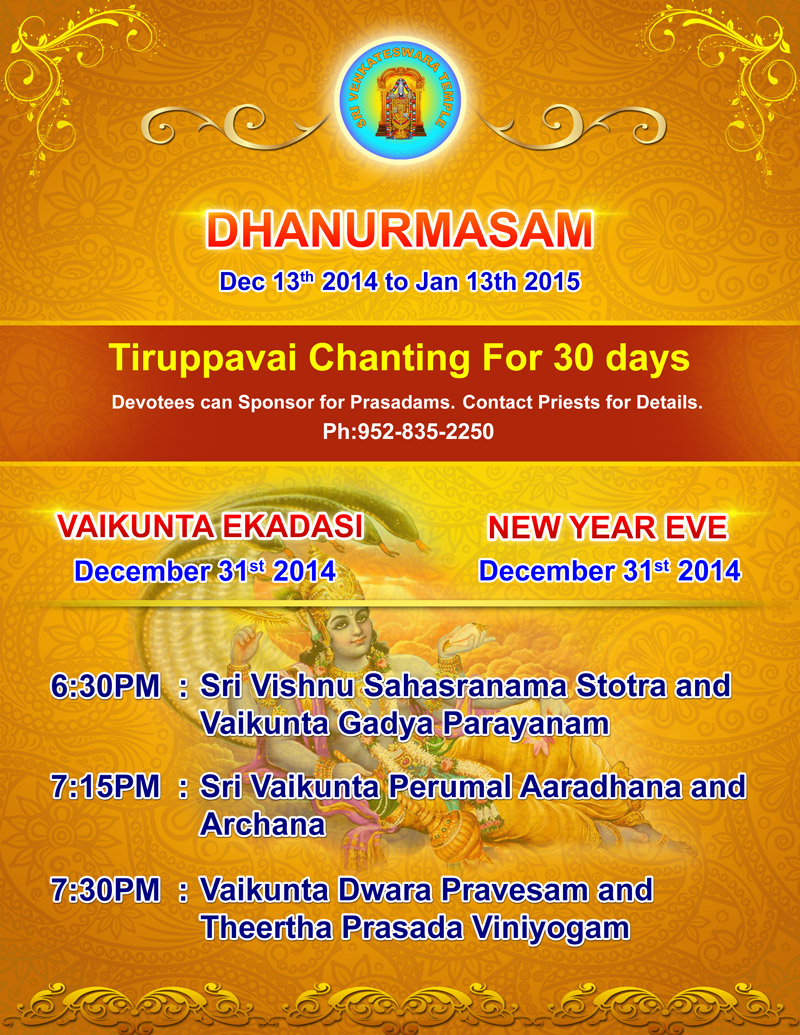 Dhanurmas (धनुर्मास) is a name given to a period of nearly one month. Dhanurmas starts usually around 14–16 December and extends up to the mid of January (Hindu calendar months Margashirsha-Pausha). This period ends with the Makar Sankranti – the end of dakshinayana mostly occurs during the Pausha month of the Hindu Lunar calendar. More appropriately, the start of the Dhanurmas is marked by the entry of the Sun in the Dhanur Rasi (Saggitarius); this is called Dhanuh Sankramana. During this month, the sun transits the Dhanur Rasi and enters the Makara Rashi at the end of this month. In Hindu calendar Dhanur Mas is a solar month and not an independent (Lunar) month. The period when the sun starts moving northward from the Tropic of Capricorn to the Tropic of Cancer is called uttaraayana. The opposite period when the sun moves southward is called dakshinaayana. Uttarayan thus occurs during the Dhanurmas.