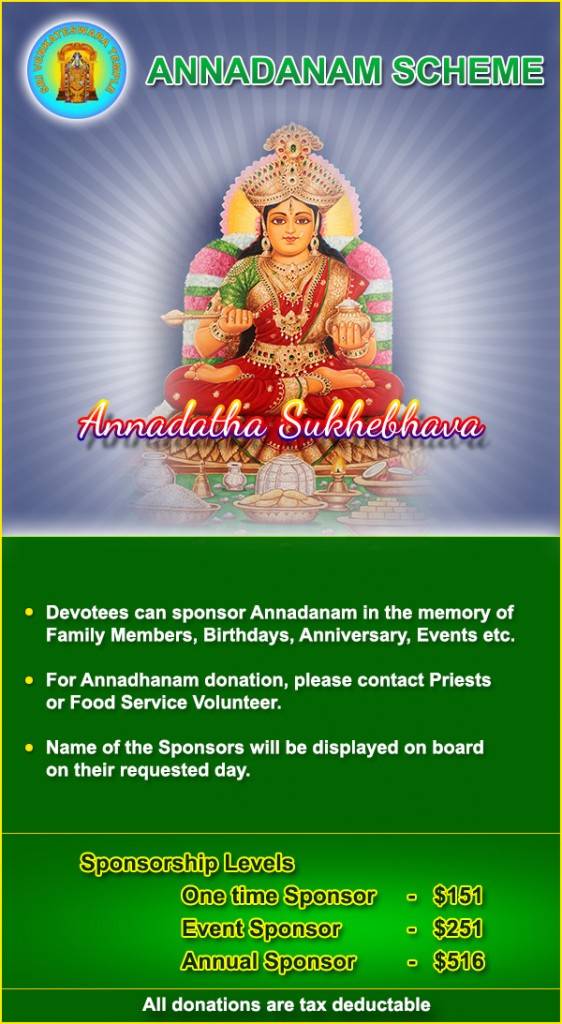 Annadanam is a unique scheme among all donations. Nothing predominates it. By donating to Annadanam Scheme people get moksha.

Food only can support the body to attain Dharma, Artha, Kama, Moksha. The person, who participate in this sacred Annadanam, by giving generous donations will be blessed by divine Gods. Creatures cannot live without food, hence giving “donations to Annadanam will serve as Pranadanam” to the people who are in hungry. Accordingly the donors blessed by Lord Venkateswara. Annadanam is a sacred activity. It is said that the sacred works done by the people with the energy acquired by food bestows half of its effect to the donor of food and the rest is to that person. Many positive results like this can acquire from the Annadanam .