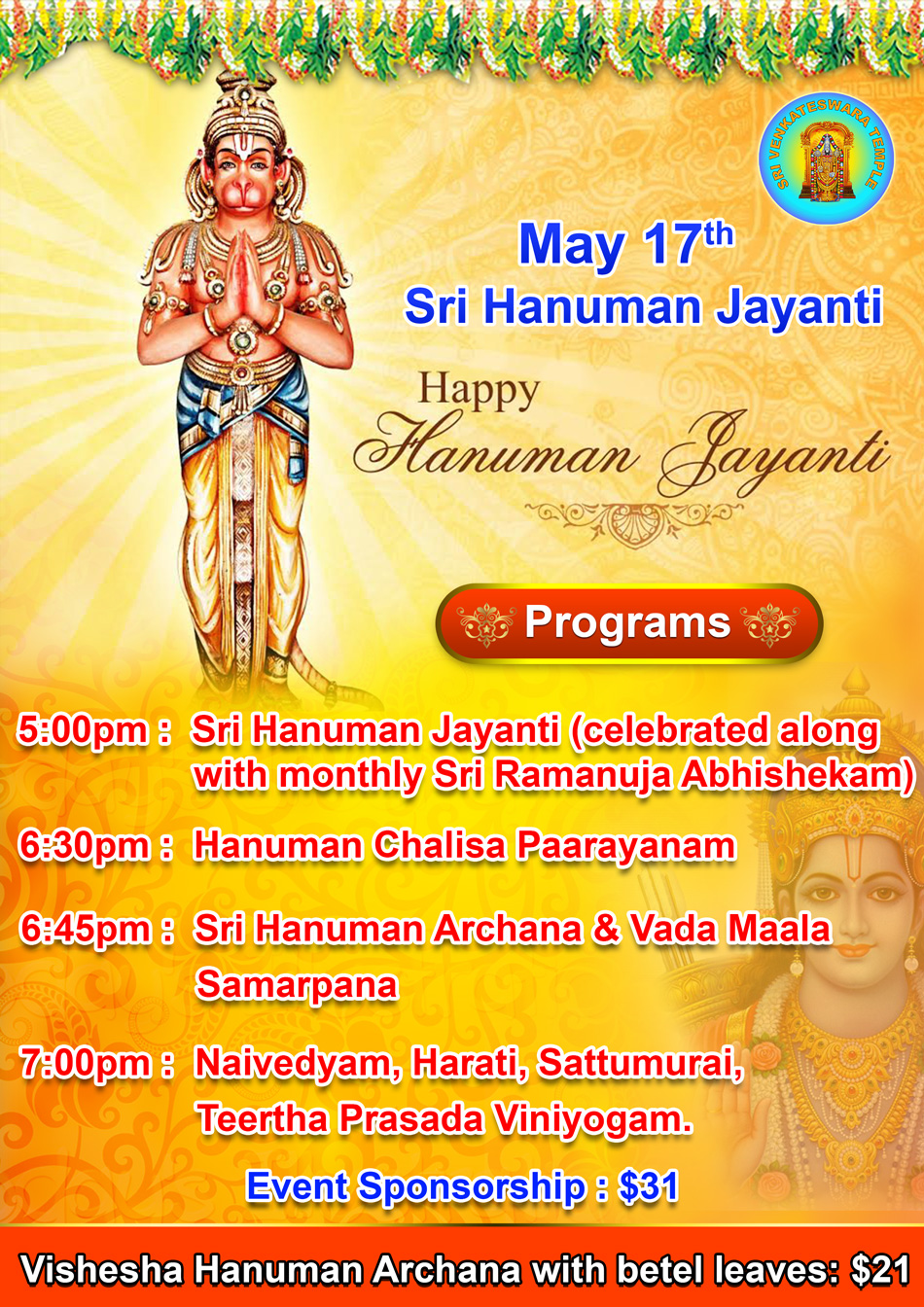 Hanumanh Jayanti or Hanumath Jayanti is celebrated to commemorate the birth of Hanuman, the Vanara god, widely venerated throughout India. The event is celebrated on the 15th day of the Shukla Paksha, during the month of Chaitra (the Chaitra Pournimaa).

Hanuman is an ardent devotee of Lord Rama and is worshipped for his unflinching devotion to that god. From early morning, devotees flock Hanuman temples to worship him.

Hanuman Jayanti is an important festival of Hindus. Hanuman is the symbol of strength and energy. Hanuman is said to be able to assume any form at will, wield rocks, move mountains, dart through the air, seize the clouds and rival Garuda in swiftness of flight. He is worshipped as a deity with magical powers and the ability to conquer evil spirits.